Victims of Abuse: 6 Reasons Why They Don’t Just Leave

On average, nearly 20 people per minute are physically abused by an intimate partner in the United States. During one year, this equates to more than 10 million women and men. 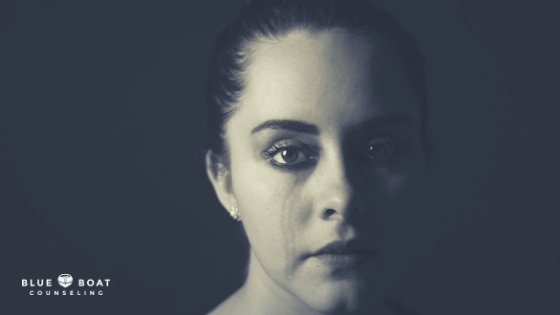 Domestic violence is a highly publicized topic in our local news right now. When there’s a big current event relating back to mental health, I get a lot of feedback and questions about it, so I thought I’d unpack some of my thoughts on domestic violence here. What I’ve found is that people who aren’t in the mental health field or aren’t an abuse victim themselves, (thankfully) haven’t had the exposure to understand these types of situations on a deeper level. Which is why I hear all the time: “Well why don’t they just leave?,” “If it’s so bad, why don’t they just get away from it?,” “If he’s actually hitting her, then why doesn’t she run away?”

Before I dive in, it goes without saying that victims of domestic violence can be male or female. However, we do know there are more female victims than male, and there are more female intimate partner homicide victims than male. I’ll mostly refer to the “abuser” or the “victim” here, but sometimes I use “he” and “she” merely for ease of communication and the most accurate representation of the statistics.

So why don’t they just leave?

This is the common perception many have about abuse victims. And it presents a simple and seemingly obvious solution – if someone continues to hurt you, get away from them. The reality is the physical component of an abusive relationship is just one piece of a complex pie. And many victims of abuse, looking back on their situations, have told me the physical part isn’t actually the worst part. There are multiple other facets that have a much larger impact with longer-lasting, detrimental outcomes.

Again, why don’t they run away? Here are 6 reasons why they don’t just leave:

THE HOPE FOR CHANGE: I’ve heard and worked with a lot of victims, especially young adults, who said one of the reasons for not leaving was the hope for change. The thought being, especially early in relationships or marriage, is that the abuser is going through a phase, or ‘that’s not the real him’. Abusers aren’t abusive all the time, and in the times they’re not, they can appear or act very differently, leading to these moments of hope.

FINANCES: In many situations the abuser is also a very controlling, manipulative person. He sets up the relationship to be the one in charge. He’s in charge of the money, the bills, the budget, how much money the victim is allowed to have and the specific uses for it. And in many cases, he’s the only one who makes any money, or makes the most of the two. When a victim has such little access to the finances, the thought of leaving can feel very overwhelming. How will she support herself? Maybe she doesn’t work because he doesn’t allow her to. Maybe she’s a stay-at-home mom and won’t have income to live on and support her children. Think of a time when you were worried about money. It’s pretty stressful. Now add in being controlled and mentally and physically abused, and you can see how this could seem like an insurmountable hurdle to overcome for the victim.

CHILDREN: This one seems pretty simple. I hear “get your kids away from that monster.” Well, sometimes that monster gets half custody. And even if he isn’t abusive to the kids, the victim loses half the time they would be with their kids. I’ve had abuse victim clients stay for this reason alone. And, when the abuser isn’t abusing the kids, some victims don’t want to take the other parent away from them.

A PLACE TO GO: Clearly another factor running through a victim’s mind is a place to go.“If I ever do get up the courage to leave, where will I go?” To a lot of people who’ve never been the victim in an abusive situation, this may seem like something with an easy solution. What I’ve heard from clients, former victims themselves, is that this is much more complicated than it seems. If nobody in the family knows what’s been happening, then this process would have to include explaining things to loved ones about the abuser that they might not want to hear. In many cases the abuser, to the rest of the world, is friendly, charismatic, and liked by most. They typically have strong personalities and can make themselves appear as nice and likable as much as they can be mean and hurtful.

WILL ANYONE BELIEVE ME?: Many victims report they didn’t think anyone would believe their story. Their relatives and friends like the abuser because of how THEY know him, so they would never ‘buy it’. In many situations, especially high profile ones, where the abuser is liked and respected in the community, the chances of people believing the victim seem even less likely. And for a victim being abused by a celebrity, even less.

SAFETY: “If I go he’ll find me and really hurt or kill me.” Victims live in constant fear. One of the times when the fear is less severe is when they’re doing and acting exactly the way the abuser wants them to. So to leave and expose the abuser’s ‘other side’, run from his control, maybe take his children, can elicit a very violent reaction from the abuser. Many times when we see these situations unfold, after the dust settles, we discover there were conversations or text messages like “If you ever try to leave me, then I’ll take the kids and you’ll never see them again,” ”If you leave me I’ll find you and kill you,” “If you leave me I’ll hurt the kids.” This is the highest level of fear for the victim, when to ‘just leave’ is sometimes a life or death decision.

So my point here was to highlight a side of the story most are unfamiliar with, so we can have a more rounded perspective when this devastating topic presents itself. I think it’s easy to get caught up in biased or uneducated views, especially when high-profile situations are portrayed in the media. At its most basic core, domestic violence is about traumatic human behavior – one human hurting another physically and emotionally – and it shouldn’t be judged without knowledge and facts, all of which we’ll most likely never know. There are so many reasons why victims don’t just leave, so let’s put this perception to rest.

Although I’ve highlighted many hurdles to reaching out for help, if you or someone you know is suffering in an abusive relationship, please find the courage to call the National Domestic Violence Hotline at 1-800-799-7233 or you can text 1-800-787-3224. You’re not alone, and there is help.