The COVID-19 health crisis may increase mental health issues for military and veterans.

This pandemic is affecting everyone, and the unknowns associated with it are making anxiety and depression symptoms worse and can also be triggers for PTSD.

If you’re experiencing any heightened symptoms during this time, you’re not alone. Blue Boat Counseling therapists are taking new military/veteran clients through online therapy. We’re here to help, so please reach out if you’re struggling.

You want to talk to someone who’s served, who understands what it’s like to live the military life and the pressure and the expectation and the honor and the sacrifice. A military life where your spouse is a single parent when you’re deployed. You want someone who understands what the sacrifice does to your family and to you. There’s been pain and strain…the damage that’s done, the guilt, and sometimes survivor’s remorse.

You feel angry, paranoid, stressed, irritable. You feel like no one understands you, like you don’t fit into society anymore, like you want to be back with your brothers and sisters on the battlefield because that’s where you’re comfortable.

You’re scared of the civilian world, of the unknown. Do I know what to do without the military structure? 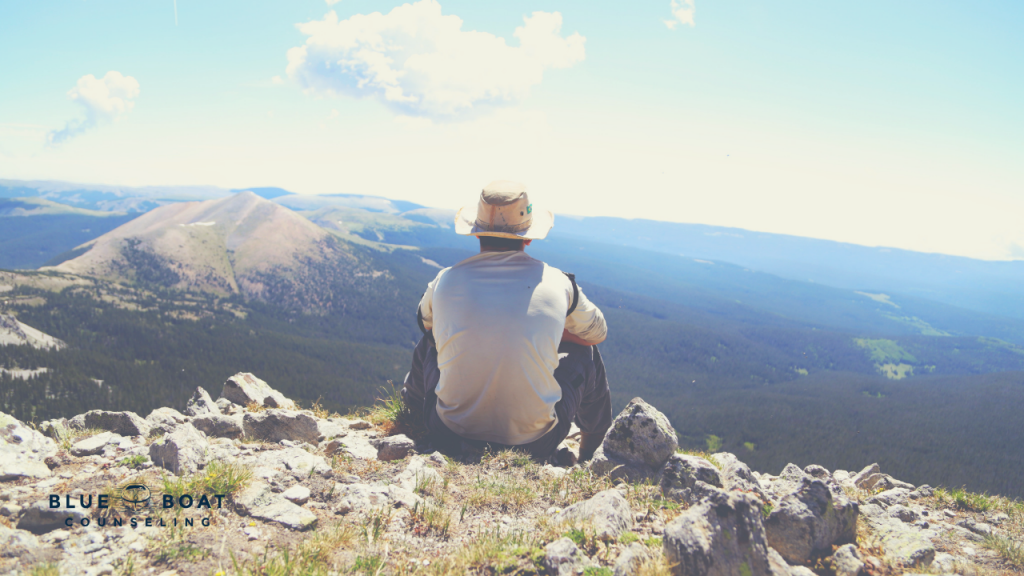 These struggles are common for active duty military and veterans. You’re not alone.

Unfortunately, mental health issues are common among our active duty military and veterans. According to a study in JAMA Psychiatry in 2014, nearly 1 in 4 active duty military members showed signs of a mental health condition. And the RAND Center for Military Health Policy Research found that 20% of veterans who served in Iraq or Afghanistan suffer from major depression or post-traumatic stress disorder (PTSD).

If you think you might be suffering from PTSD, depression symptoms or other mental health concerns, you’re not alone.

The National Institute of Mental Health tells us that, “An estimated 16.2 million adults in the United States have had at least one major depressive episode. This number represented 6.7% of all U.S. adults,” so it’s no surprise that sometimes active military personnel and veterans experience depression symptoms as well.  Some of the most common symptoms of depression include:

Sometimes signs of depression are more pronounced and other times depression symptoms are more subtle.

Having depression doesn’t mean you’re weak, and it’s not something you just “get over.” Symptoms often interfere with functioning normally in your daily life and may require depression treatment. 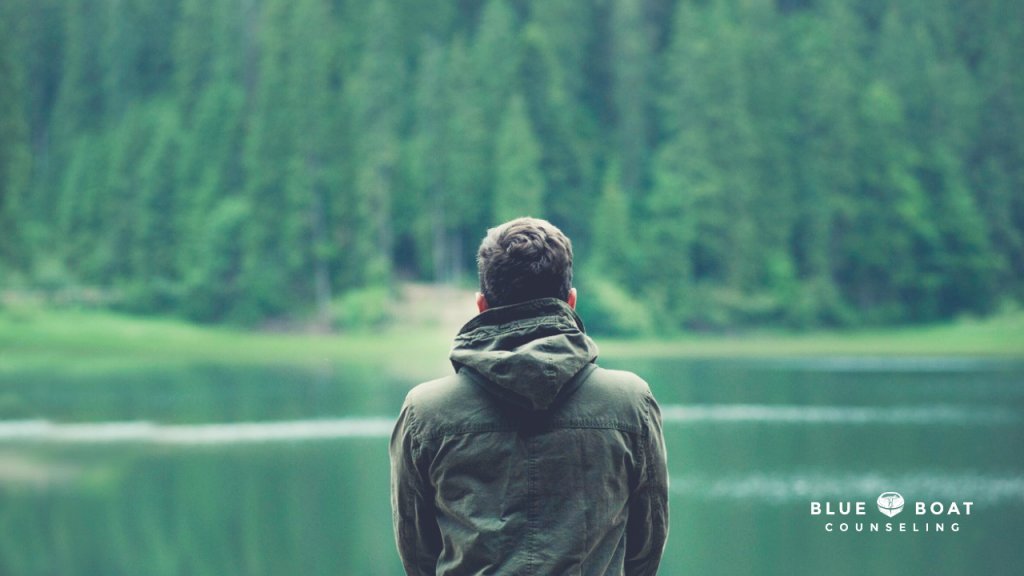 Going through a traumatic event, like military combat, a disaster, or assault can have lingering negative effects. Signs you may be suffering from PSTD include:

When these issues persist, you could be experiencing PTSD. The same 2014 JAMA Psychiatry study found the rate of PTSD to be 15 times higher for military and veterans than for civilians.

To learn more about how PTSD may impact veterans, you can visit the Veteran’s Administration PTSD page.

Depression and PTSD are treatable.

If you were in combat or other similarly stressful situations during your military service, it could be the habits that helped you cope with traumatic events are not as useful in civilian life. Staying strong as a civilian may mean you need to develop some new coping skills.

The military life is structured, and some veterans find they miss that framework when they return to civilian life. Others miss the feeling of having a bigger purpose in their daily work, and some feel isolated because most civilians don’t understand what it’s like to serve. Your memories and experiences may take some time to deal with, and you owe yourself that time to heal.

The truth is your service is selfless and something the majority of people don’t want to do or aren’t capable of doing. You deserve to feel accepted, understood, fulfilled and productive in your life. You deserve to be happy.

As a veteran I get it. I see how no one in civilian society gets it. How you feel like an alien in your own home. You’re different from before because of what you’ve experienced, seen and done. Not only am I a veteran, but I’m also trained in techniques to help with your healing and recovery. I use Cognitive Behavioral Therapy (CBT) and Mindfulness techniques to treat depression and Prolonged Exposure Therapy, a form of CBT designed to treat PTSD symptoms. I’m one of you, and I’ve been helping veterans and military for over 10 years. 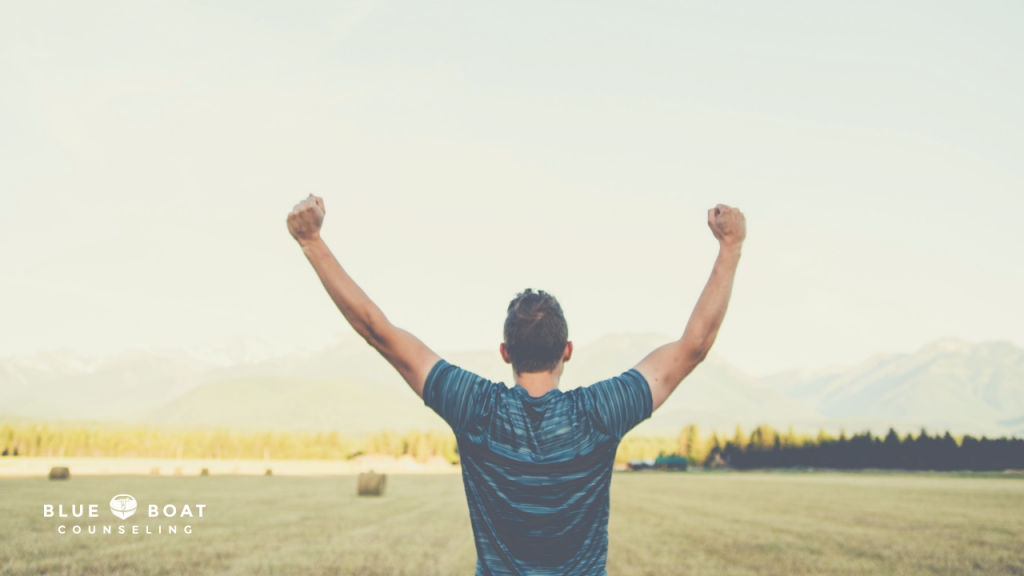 As a veteran myself, I understand things can stand in the way of getting help.

I saw a therapist once, and it didn’t help my depression. They couldn’t relate to me.

Every counselor is an individual with a unique style and personality, so there’s no reason to think a new therapist would fail you just like the last one did. The rapport you have with a healthcare provider, especially for mental health, is critical to depression & PTSD treatment. I’m a veteran, so that in itself gives us an immediate connection. And the right connection with a counselor can be instrumental in your healing and recovery, so it’s worth giving it another shot, especially with someone who gets it.

I think I need help, but I’m concerned my commanding officer will find out I’m in counseling.

It’s worth noting here that the military has updated many of its policies in recent years to improve mental health support. The Department of Defense now acknowledges that an untreated mental health issue can pose a greater safety threat than a mental health issue that’s being treated. But we also want to clarify that Blue Boat Counseling is a private Columbus OH counseling practice located in Worthington, not affiliated with the VA. Receiving depression and/or PTSD treatment in the private sector allows you to keep your diagnosis (if there is one) and records strictly between you and your therapist if you choose.

What can you expect from counseling?

At Blue Boat Counseling, you’ll feel like you finally have someone who understands, who makes you feel comfortable talking about your experiences. You’ll be more confident in the civilian world than you were before and be more relaxed. You’ll get rid of the anger and resentment toward civilians and the military. A weight will be lifted as you feel like your efforts are appreciated. You’ll feel accomplished in your service and sacrifice, happy and more focused on the rest of your life. 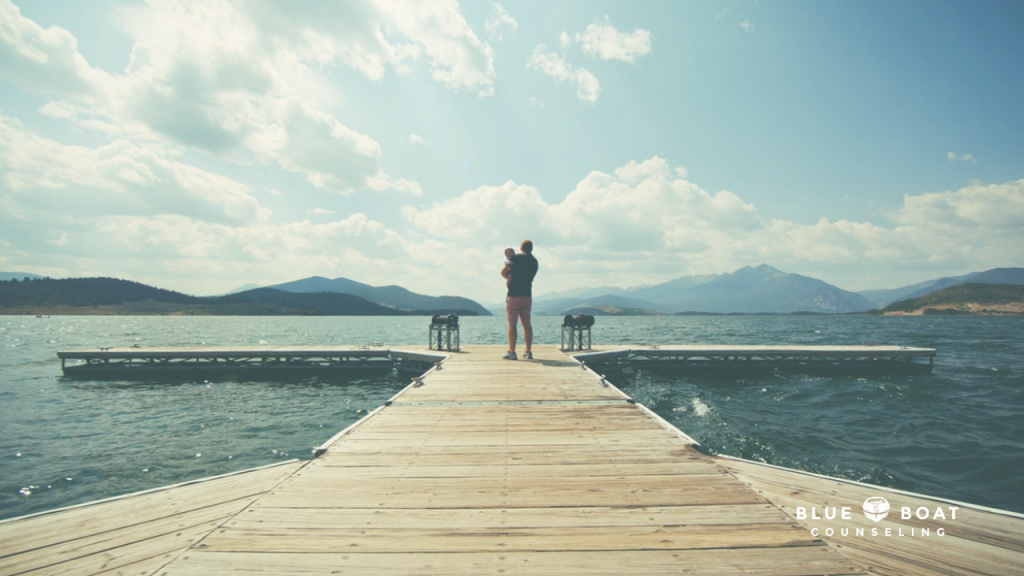 Getting started with military and veteran counseling Columbus Ohio is easy:

As a Columbus OH counseling practice, our experienced therapists also offer teen therapy, family and marriage counseling, anxiety and depression treatment. And online therapy is available. You can also find tips for improving your overall mental health on our blog. Contact us today to schedule an appointment with a Columbus therapist!

“After speaking with Andy, we discovered that I had PTSD from my experiences in Afghanistan. We worked through the issues, and as a result, all aspects of my life are better.”

We’re a Columbus OH counseling practice, and by specializing in depression and anxiety treatment for adults and teens, family and couples counseling, and PTSD treatment, we help people who are feeling lost. Lost in life, lost in relationships, lost in a sea of parenting struggles, lost in society following military service. Our Columbus therapists are located in Worthington, Ohio, and our mission is to provide an upscale counseling experience to help you find the freedom to be your true self and ultimately live the life you want to live. Seeking navigation when you’re feeling lost is a strong and healthy approach to life. We can be your guide and help you BE YOU.

Any cookies that may not be particularly necessary for the website to function and is used specifically to collect user personal data via analytics, ads, other embedded contents are termed as non-necessary cookies. It is mandatory to procure user consent prior to running these cookies on your website.