Plenty of researchers and professionals in the mental health field have written about what they consider the typical signs of depression.

Sadness and hopelessness apply to both adults and teens who struggle with this problem.

But there are overlooked depression symptoms in teens that are often mistaken as something else entirely. This makes it easier for teens to conceal their depression and not get the help they truly need. 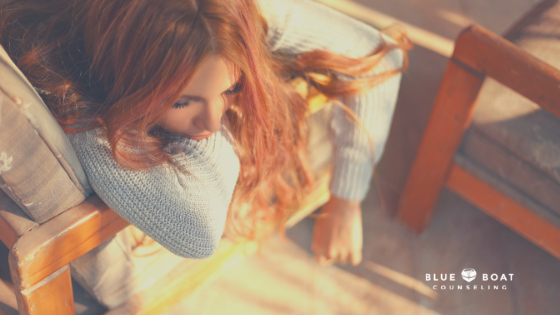 If you’re concerned about your teen when it comes to depression, consider how to spot these overlooked symptoms.

Speaking About the Past

All parents need to listen to their teens, regardless of the issue. But really pay attention if your teen keeps bringing up past events that were negative like:

Mentioning these issues once or twice may not be a problem, especially if you take the time to talk to your teen about them. But if they bring up these past negative experiences a lot, then something else might be going on.

They may be holding on to the past because they see those experiences as perhaps revealing who they truly are. But the reality is that most people have experienced personal failures or rejection. 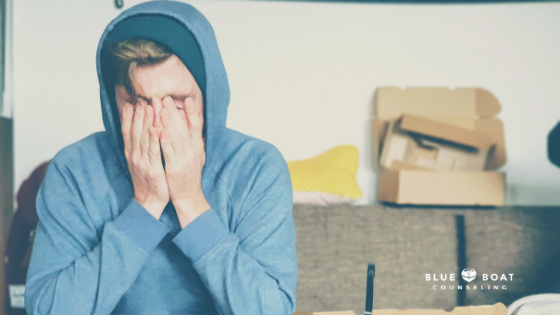 Another sign of teen depression is constantly seeking validation from you or others. Validation helps to reassure your teen they’re “okay.”

Keep in mind this doesn’t only apply to average teens. Often high-performing teens—kids who have already accomplished so much in their young lives—crave validation. Part of their success may stem from a desire to receive validation from others.

Who hasn’t heard of the stereotypical defiant teen? After all, feeling moody and defiant is part of the teenage experience because they’re still learning how to regulate their emotions.

But what about when your teen gets angry? Or they get angry a lot over seemingly inconsequential issues?

It may be the anger they’re expressing is covering up more unsettling emotions they don’t like, such as depression.

So how do they cope? Many teens push away others who try to uncover their true emotions. Better to drive those people away than be emotionally vulnerable, which is even scarier to a teen.

Being Overly Obsessed with Social Media

Social media deserves to be mentioned because it’s so prevalent in teenagers’ lives. They see it as a natural extension of themselves. 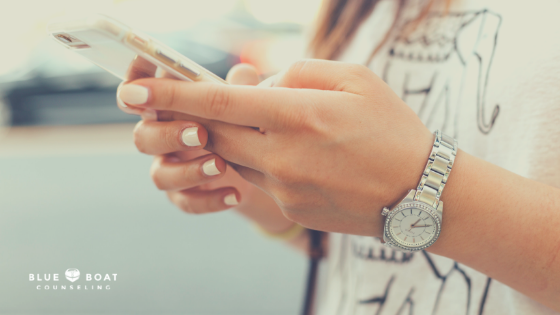 But their emotional health is at stake when they compare themselves to their peers online. Everyone posts what they want others to see, not what they’re truly feeling. Understanding this filter is a tough concept to grasp and believe when you’re caught up in all the happy and perfect images you see.

Another issue is cyber-bullying. It has gotten a lot of attention and can serve as a source of depression symptoms for teens.

So, be aware of your teen’s social media use. Are they no longer communicating with certain friends? Do they talk about social media even when offline? Don’t underestimate the influence social media can have on your teenager’s mental health.

Parents need to look a little deeper when they’re trying to decipher what drives their teen’s behavior. This means taking a fresh look at behaviors they may never have noticed before and asking yourself if it’s time for teen therapy.

If you’re struggling to parent your teenager and you’re concerned about their behavior and depression symptoms, don’t hesitate to reach out for help from a counselor trained in teen depression. If you decide you’re in need of teen counseling in Columbus, OH from a high quality counseling practice, please reach out and contact Blue Boat Counseling today.