Right up front, let’s be clear about what is meant by LGBTQIA+. It stands for lesbian, gay, bisexual, transgender, queer, (questioning), intersex, asexual, and (agender). This is not meant to exclude anyone but rather to be as welcoming as possible. Over the past decades or so, the LGBTQIA+ community has become more visible and more vocal. Even so, there’s a long way to go. 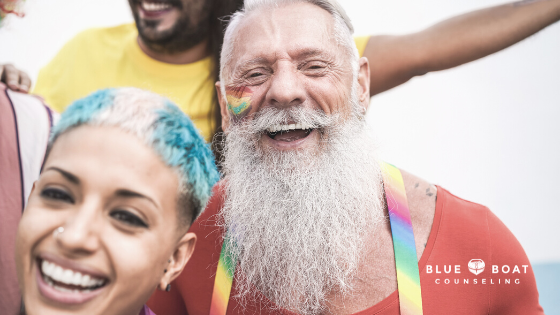 Myths about people on the LGBTQIA+ spectrum can affect progress. This goes double when we talk about mental health concerns. In the name of education and awareness, let’s debunk some of these myths. To do so, we’ll rely on some recent and powerful statistics.

(It’s more like five categories — each backed up with updated numbers as of 2022.)

Did you know that three out of four LGBTQIA+ youth reported experiencing discrimination? Such treatment is based on gender identity and/or sexual orientation, and knowing your rights can be confusing. Running alongside this trend is the reality that:

Discrimination, including at the workplace, can potentially result in long-term emotional distress or trauma.

To downplay the existence of LGBTQIA+ mental health issues among young people is to ignore statistics like:

3. The Role of Covid and Lockdowns on LGBTQIA+ Mental Health

Most recent reports and studies point to an increase in all of the above. Mental health professionals who were surveyed declared that the pandemic has worsened the divide. When asked about their top concerns during the lockdowns, LGBTQIA+ students gave these answers at the following rates:

Nearly half of LGBTQIA+ youth have expressed a desire to go to counseling but report lacking access. As for those who did try mental health therapy, more than half reported providers who:

Such treatment can lead people away from seeking help. Even when they do reach out, they may feel the need to hide their identity or orientation to avoid the fallout. Needless to say, this can serve to worsen their mental health issues.

Re-read the above four sections. As you can see, left unaddressed, they can add up to some dangerous scenarios. Some numbers to consider:

What do you believe when it comes to LGBTQIA+ people? Are your opinions influenced by the media, societal pressure, social media algorithms or outdated myths? If you are someone who identifies as LGBTQIA+, you may also fall victim to the long-term conditioning. The myths run deep and can play a role without you realizing it. 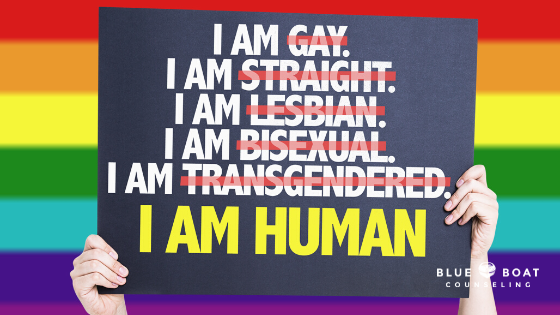 To challenge myths, it helps to have guidance. There is hope and help. Blue Boat Counseling is LGBTQIA+ affirming practice, and our therapists are here to support you. Contact us to schedule an appointment. You’re not alone.